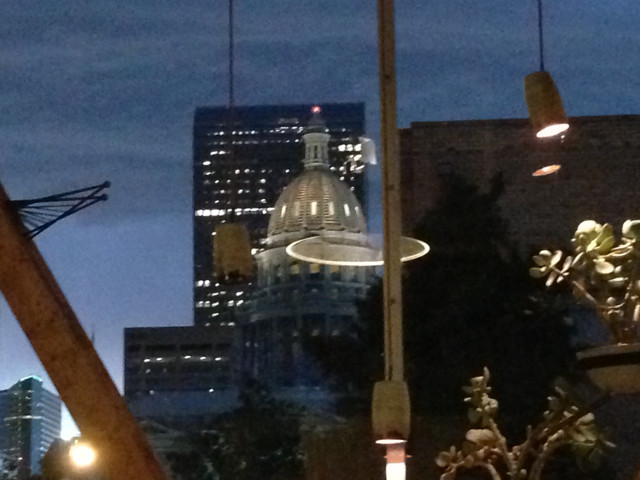 I spent this summer on a 21-day road trip going from Phoenix to Topeka and back. We do this every summer and take different routes in order to explore all the beauty the country has to offer.

This year we returned to Denver after about three years. Denver has become a vegan eater’s nirvana. We’ve eaten in Denver before, but this time seemed different, a bit more adventurous and fun. Native Foods Café has expanded into Denver proper, there’s Beet Box, and a tiny little vegan grocery store, Nooch. And, of course, Watercourse and City O’ City.

First up was a return to Sweet Action Ice Cream, an ice cream parlor that makes two flavors of vegan ice cream a day, as well as the regular kind of ice cream. A dear friend met us and brought with him a bag of plant seeds for me to choose from. Also, the ice cream was dreamy. It was busy for the middle of the week, but that’s a good sign. We sat in the middle of the parlor looking through seeds and watching all the people that came and went with their ice cream. Sweet Action is a thriving business. When you are in Denver, show some support. 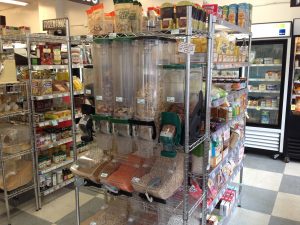 When leaving Sweet Action we spotted the vegan grocery, Nooch, so we stopped and explored a little bit. It’s a fun grocery store that carries products by small and independent businesses, books on veganism including cookbooks, local groceries that include items like ice cream from Sweet Action, and Miyoko Schinner’s hand crafted “cheese.” The store clerks were friendly and willing to exchange information. It makes me wonder why a city like Phoenix isn’t able to support a similar store.

Later we went to Native Foods Café (the fifth one we’ve eaten at!). The staff were pretty amazing. After learning about our allergies, one of them came over to express concern about the French fries. I know about commercial fries being dusted with corn starch and I’m ok with that. I definitely appreciated the gesture. The food was really tasty and really fresh. 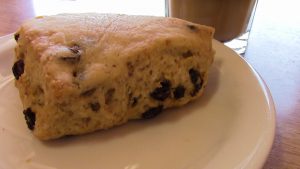 The next morning we drove over to Beet Box, a wholesale turned retailer vegan bakery. I had a scone and she had a donut. Fresh bread was coming out of the oven so I got a loaf. It was vegan, but not gluten free (just to be clear: the Spouse is gluten-free, I am not). We also purchased a loaf of tea bread that was gluten-free for her. I am a huge fan of scones and wanted it to be out of this world, but it wasn’t. The scone was gluten free, with the promise of ginger and currant. The ginger came through, but it was really just an average scone. The donut was pumpkin chocolate and, for being gluten free, was fluffy and airy and full of pumpkin goodness. I had a cup of locally made Bhakti Chai, forgoing the locally roasted coffee. It was a good choice; I drank an outstanding cup of tea.

One evening was spent at City O’ City with several friends. I had forgotten how noisy City can be, but the food was robust as usual. It seemed like the kitchen was struggling. We waited for well over half an hour to receive any kind of food and servers were not particularly attentive. It was a Friday night in Denver and one friend suggested I just relax and enjoy the company. I was very hungry which made the wait hard for me. I had the Mac n Cheese because I had forgotten there’s lots of things that I can’t eat at City O’ City due to my corn and peanut allergies. I really did want the BBQ, but nope, it had peanuts in it.

Once we got our food, I had no complaints whatsoever. We shared plates and tastes and it was fun dipping my fork into other people’s food. The BBQ Tofu was a little disappointing. It was dry and a bit chewy, like it had sat in the steam table a little too long. The rest the plate was tasty, so all was not lost. And once aware of it, management took care of us. Like I said, it seemed that the kitchen was struggling, and the pizza commis was dusted head to toe in flour. The evening was filled with good food and good people, and I met another new person to add to my growing list of acquaintances.

Our return trip involved an overnight stay in Santa Fe, where I finally visited the Kakawa Chocolate House. Kakawa is dedicated to traditional drinking chocolates of Mexico. Because they are served unsweetened, it is an acquired taste, but after years in professional kitchens I already knew what unsweetened chocolate tastes like. Some of these drinks are sweetened with agave syrup (not a new invention by any means) to help counter balance the bitterness of cacao. They are hearty and bracing. The Aztec Warrior sipping chocolate contains chilies as well. One of my favorite combinations. Not all the chocolate is dairy free, but the owner and the staff are informative and willing to help you make choices about your chocolate.

It was a great eating adventure on the road this summer and I look forward to future trips to new places, where I can discover tasty vegan eats. I’m going to keep an eye on The Vegan Roadie, who visits different cities around the country and examines the food. Give him some love over on YouTube. And while you’re there subscribe to my channel as well.

Be safe traveling and enjoy the food you find!

Places to eat in Denver:

Watch where to eat next! 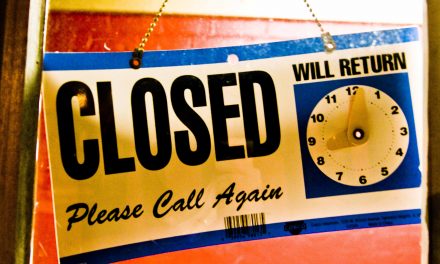 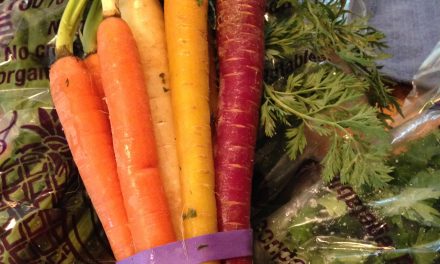