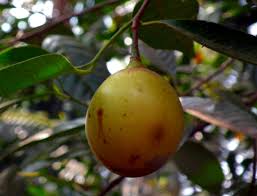 Spices. We love them. We use them.

Nutmeg is a small round seed that comes from the inside of an apple looking fruit. It is encased in the “netting” of mace, another spice that has a variety of culinary uses.

Once spices became common and lost their mystique, (sometime between the 18th and 19th centuries) the fragrant and aromatic nutmeg was pushed back into the Bakers rack. After centuries of spicing meats and poultry, it became a base seasoning for desserts.

When I was growing up I remember being intrigued by the “baking” spices that my grandmother only took out during the holidays. Why were they ignored the rest of the year? Was it because they still cost so much or was it because that was what she was taught? Nutmeg wasn’t sprinkled on soup. It was baked in a pie or cake or used it as an accent in pudding. 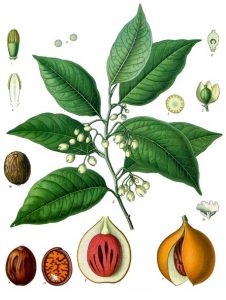 Most spices that I encountered in childhood were already ground. Rarely did I get a view of the whole nutmeg. It was only in my teens when I discovered the group the Society for Creative Anachronism that I saw whole nutmegs, cloves and cinnamon being used for purposes other than decoration or for filling perfume satchels. One of my favorite activities, both as a child and teenager, was to stick cloves into oranges and hang them in my room – besides being a pretty decoration, it helped to filter the air.

Learning how to use nutmeg in savory dishes opened up a new door in my culinary world. I began to experiment and figure out what paired well with this light and fragrant spice.

Nutmeg is part of the long, bloody history of the Spices Wars of the 16th and 17th centuries. It comes from the same islands as cloves: the Bandas Islands or Spice Islands. 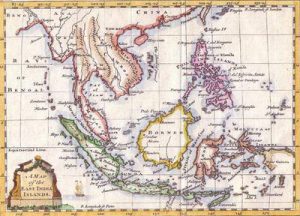 Tracing the history of spices involves reading about the Portuguese, the Dutch, the Spaniards, and the British. In the late 1500’s, the Dutch wrested control of the Spice Islands from the Portuguese and became the lords of the spice trade, supplanting sultans and kings alike. The Dutch were prone to burning massive amounts of crops to drive up the prices, both in Amsterdam and on the islands. They were not kind masters. If they found other ships carrying what they considered their trade, those ships were boarded and burned; the sailors and merchants taken and tortured. The natives were punished and driven out of their homes when caught selling spices to competitors. The original natives of the Bandas Islands became extinct because of this Dutch brutality. This is the history of the spices we use to brighten our sweets during the holidays.

Oddly enough, in order to secure complete domination over the spice trade and to end the long and bloody war with England, the Dutch agreed to trade the island of Manhattan for the Bandas Islands. Thus Manhattan was settled by the British and the Dutch went on to control the spice trade for over 400 years.

From the 12th through the 15th centuries nutmeg was used to season savory dishes. It was used medicinally by the Arabs to help treat kidney disease and other ailments. Throughout history nutmeg was reported to have all sorts of curative properties, but none of these claims have yet been verified by modern medicine.

Recently, spices like nutmeg and clove have found their way back into savory cooking in American cuisine. Nutmeg remains an elusive flavor. Traditionally used in puddings and cakes, it can be grated over soups or risottos to add an additional layer of flavor. A pinch can be added to a spinach saute or on top of potatoes au gratin. Nutmeg goes well in the famous holiday drink eggnog and it can be added to hot cocoa, spiced tea, and hot apple cider. 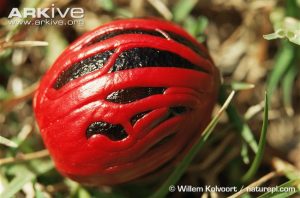 Nutmeg comes encased in an outer wrapping which is called mace. When released from the fruit and the seed is exposed, mace is what you see. It has a beautiful red color and in its natural state looks a bit like a flame. When harvested, this casing is carefully removed and dried and then used as a separate spice. This part of the nutmeg seed are called blades. The same harvest of the nutmeg plant will yield different amounts of nutmeg and mace. It can be measured this way: 100 pounds of nutmeg equals one pound of mace.

While it is not as widely popular as nutmeg, mace still imparts a flavor into food that causes many diners to question: “What made this taste so good?” Because mace is lighter in color it can be used in cream sauces and white sauces without detracting from color of the sauce. It will impart a stronger flavor than its sister nutmeg.

Along with the other spices mentioned in this series, for many centuries it was thought that nutmeg and mace could help in curing the plague and other diseases. It wasn’t until the age of rational thought and the birth of modern medicine that these spices took a back seat to remedies that were being created that truly fought off the worst of humankind’s ills.

As I was cooking professionally, I began working with nutmeg, putting it in different dishes to see the reactions of my chefs. Usually I was met with grins and nods.

Make sure to buy fresh spices and grate the nutmeg “on the fly,” just as you are about to use it. The flavor deteriorates at a rapid rate after being removed from the nut. If the spice is fresh, the flavor will be more fragrant and pleasing.

When reaching for your spices next time, try adding a little mace or nutmeg to your spinach, potatoes, tofu, or lentil soup. Nutmeg does go well with any kind of quinoa dish as well as in fruit compotes that have been simmering for a while on the stove. Try it on top of a salad or maybe in green smoothie. It just might be the flavor that kale has been missing. 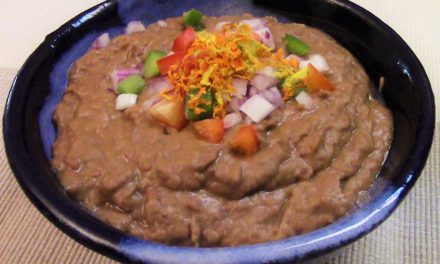 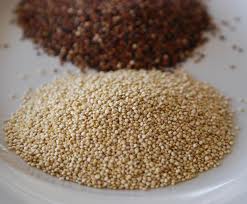 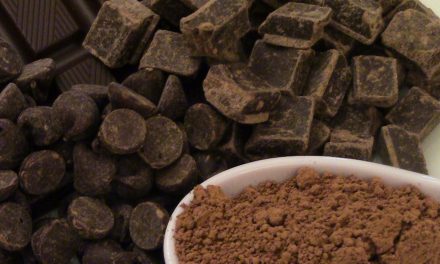 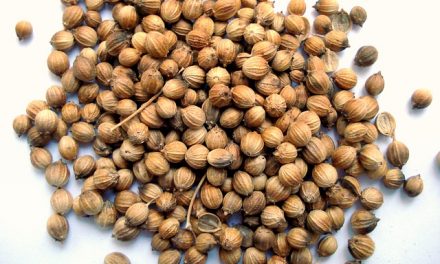