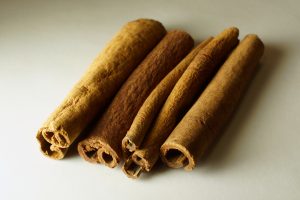 It turns out my mom wasn’t wrong. She was operating on the idea that cinnamon is good for the gut, fights off diabetes, and helps reduce cholesterol. She learned these things from her mother, who learned it from her mother, and so handed down through my family. read more 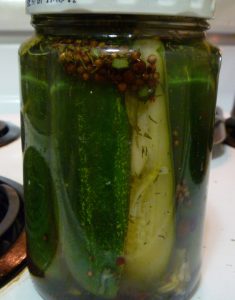 It is Springtime and that means pickling cucumbers are in abundance at the markets. Lots and lots of pickling cucumbers, on sale. Everywhere. Lately, I’ve been contemplating pickling, but I don’t own a canning system. You know, the pot, the rack, the tongs. Hopefully this is something that might be in my future, but for now, it’s about figuring out how to make pickles without all the gear.

An online search revealed a breakdown of a Kosher Dill Pickle recipe over at David Lebovitz’ blog It is his recap on Arthur Scharwtz’s Homemade Kosher Pickles. Looked easy enough, and only involves fermenting, not canning. read more

This recipe is for making Dill Pickles. I've scaled down the amounts, because I believe there are people like me who only want to make small quantities of certain food items, not gallons.