Pumpkins are a symbol of the fall harvest. They invoke in us the feeling that summer is over and winter approaches. As the leaves on trees turn, pumpkins are harvested and piled up in attractive displays in the grocery stores, ready for us to pick, choose, and buy. 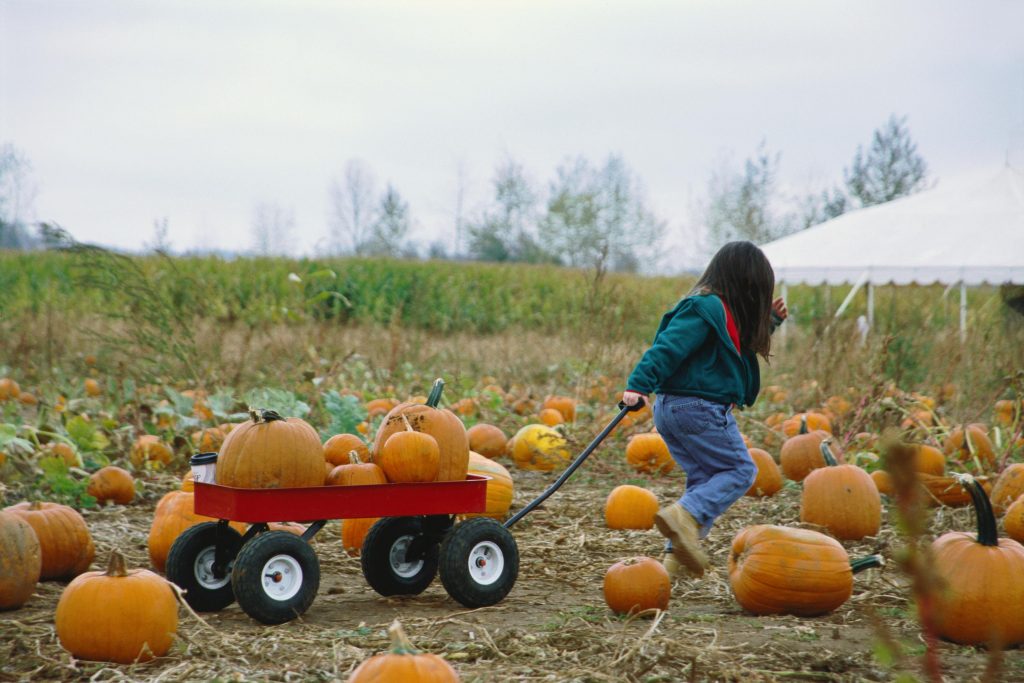 The Pumpkin as Symbol

How did the pumpkin become the auspicious symbol it is today?

Pumpkins are native to North America. Like other squash, they were not known in the old world. When the English pilgrims landed at Plymouth Rock and almost starved, the native peoples of the area taught them how to live. Pumpkin was one of the foods of the now legendary feast that saved these newcomers. The story goes that the Squanto, a Native American tribe of the Patuxet people who lived in the area, taught the settlers how to plant and grow pumpkin and eat it as a staple food.

The jack-o-lantern is one of the main symbols of Halloween. Much of the pumpkin bought by us is used to carve faces (and other designs) to scare away the Halloween spirits. The jack-o-lantern began as table decoration for the fall harvest between the late 1600s and early 1800s. Immigrants from Scotland who were used to carving turnips for their celebration of the dead started using the pumpkin. It was easier to carve than a turnip and more abundant here in the States. As the Halloween celebration caught on, so did pumpkin carving. The first written reference of a pumpkin as jack-o-lantern appears by the mid-1860s.

Many of the fall festivals today include a pumpkin patch and pumpkin growing contests. These events usually include food vendors, activities for kids, and pumpkin carving. In some places bobbing for apples and hay rides are popular activities. One of our local festivals in Arizona provides one free pumpkin for each child.

Another extremely popular activity is Pumpkin Chunkin’. This is where a group of people get together and develop ways in which to throw pumpkins long distances. Basically they build catapults to toss a pumpkin across a field.

Pumpkins are not just a symbol of the spookiest holiday in America. At one point they were part of the staple diet of the Native Americans. Like other winter and summer squash, pumpkins are a fruit, from the family Curcubita Pepo. There are quite a few varieties within this family. All the way from the baby bear to the Great Atlantic (grown for competition). Varieties of pumpkins used for cooking include sugar pie, fairy tale, and Long Island cheese. Pumpkins that make for good cooking tend to have thinner skin and smaller seeds.

Pumpkins need warm weather and warm soil to grow. They don’t do well in the northern countries of Europe, but thrive in the warmer lands. They have traveled the world, migrating over to Asia, India, and Africa. The biggest growers of pumpkins are still its native land, North America, as well as Mexico, India, and South China. New Zealand (the Jarredale) and Australia grow pumpkins as well.

Pumpkins are easily cooked and contain phenomenal nutritional properties. They are full of calcium, magnesium, potassium, copper, beta carotene, and vitamin A.

Canned pumpkin available in grocery stores is usually a blend of pumpkin and other winter squash like butternut. I’ve found that the best pie is from pumpkin that I’ve cleaned and cooked myself. Alton Brown agrees with me, though you have to watch this episode for that confirmation. It may seem like a difficult task, but if you are willing to gut a pumpkin for carving, it seems like gutting one for cooking wouldn’t be so hard. Besides, baking pumpkins are usually smaller and easier to handle than carving pumpkins.

Pie isn’t the only thing that pumpkin is used for. There’s pumpkin cake, pumpkin cookies, pumpkin bread, and one of my all-time favorites, pumpkin soup. While working in the Big Resort every Thanksgiving holiday, one of our offerings was a thick, creamy, deep orange pumpkin soup seasoned with what we consider fall flavorings, nutmeg, clove, and allspice. It was served with a dollop of crema and pumpkin seeds. And while this wasn’t a vegan dish, I’ve since converted this wildly popular soup into a vegan version, keeping the deep richness and complex flavors that made it a customer favorite.

Memories, Then and Now

One of my favorite memories growing up was watching “It’s the Great Pumpkin Charlie Brown.” A half-hour animated feature created by Charles M. Shultz, which has the Peanuts gang carving pumpkins and Linus, a thumb-sucking, blanket-toting genius-child trying to get his friend Charlie Brown to believe in the “Great Pumpkin.” Shultz lived and worked in my home town, and I loved the Peanuts cartoons. While there were many other specials created over the years, this one in particular stood out for me. It taught me that I could believe in something other than Santa Claus, that other ideas were possible, that pumpkins were special and Linus could be right about being watched over by this enormous squash.

After I had moved back into my parent’s house to help take care of them, I cooked Thanksgiving dinner for the family. My cousin came over and caught me red-handed with a can of pumpkin going into the pie mix. I just smiled at her. My mom lived on canned goods. If I had tried to buy fresh pumpkin and puree it, there would have been arguments. I didn’t want arguments. My mom was aging and if she wanted canned pumpkin, she was getting canned pumpkin. I resolved the quandary with my cousin by pointing out the fact that at least the pie crust was made from scratch.

No matter how you like your squash, it is certainly the time of year to get out and buy some. I can’t wait to see what the local displays will look like this year and I’m itching to get my hands on some sugar pie pumpkins to clean, cook and freeze. The kitchen will take on a glowing orange hue and it’s likely that there will be pumpkin guts everywhere, but it will be worth it to stick that fresh pumpkin pie in my face (I do love pie!) 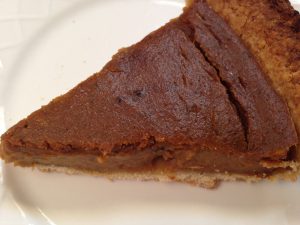