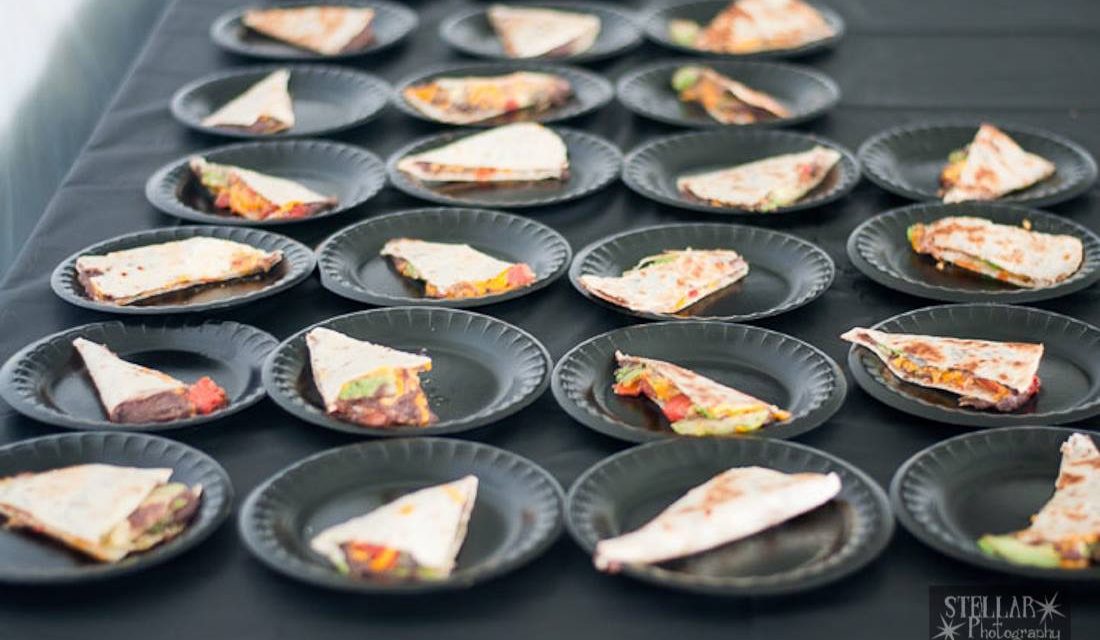 The month of January rolls around and in Southern Arizona, it’s a chilly 40 degrees at 9 am. The time volunteers arrive and start setting up for the Arizona Vegetarian Food Festival.

This is the second year for this event run by U.S. Veg Corp, an event company out of New York City. They also produce the NYC Vegetarian Food Festival, and are working on adding a third event for Southern California next fall.

This was my second year volunteering. Last year I presented a Chef Demo, Breakfast in the Afternoon. This year, due to health issues, I was asked if I would give a talk in the Speaker’s Tent and if I could help run the tent. I said, “Of course.”

My talk covered “The History of Spices” and their uses, with pointers on how to create world class vegan meals with just a few ingredients. For being the first talk of the event, the tent was full and the audience attentive. I received positive feedback. I hope to continue educating about spices, where they came from and how they were originally used (I am available for podcasts, etc). After the talk, it was back to the Chef Demo tent with me.

If you’ve never run chef demonstrations or tried to squeeze three chefs into a small tent to prepare food for a show, let me tell you, it has its challenges. Unfortunately, we were short on volunteers who even knew what to do in a setup like this. Add to this the fact that most folks were running around in coats and gloves. But, the first demo was up and running without any issues, and from there the day went pretty smooth.

The benefit to helping out at an event like this is that I get to meet and interact with wonderful people like Chef Fran Costigan, Chef Jason Wyrick, Chef Jill Nussinow, and Ellen Jaffe Jones. They were all amazing. Chef Jason is local, and was supplying all of the equipment and food. Without enough hands to load and unload his car, it was a challenge. I wish there had been more that I could do, but my shoulder is still healing from my surgery in December.

The attendance for the demos was pretty amazing. Most of them ended up with standing room only. I think for Chef Fran’s demo we handed out almost 100 plates of ganache and truffle. 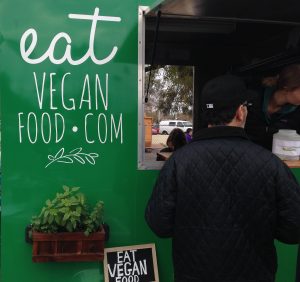 During the event, I did get a few minutes to peek out and visit the vendors and sample their food. Mercy for Animals and the Humane Society were present. We had a small showing of food trucks, including Eat Vegan Food and Mi Vegana Madre, two of Arizona’s hottest vegan food trucks. There was a good showing of local vegan focused restaurants including Pomegranate Café and 24 Carrots. Udupi, which is vegetarian but has an available vegan menu. Our local vendors included Ahimsa Essentials, AZ Goshala, and Living Raw by Grace.

The first day was bright, sunny, and had a good showing of festival goers. In the afternoon, music started up with a very jazzy sound and we were dancing in the back of the demo tent. I’m glad my chefs were mic’d.

Sunday, although a bit warmer, had less of a showing, but the vendors seemed happy. I was able to spend more time chasing down chai, and eating a plate of Indian food from one of our local restaurants. 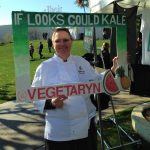 I had a little time to spend with Vegetaryn of Instagram fame. We chatted and took photos with her really cute license plate frame. I was excited to meet her because I follow her religiously and love her posts of food and events on Instagram. I’m hoping to have a second encounter in L.A. very soon.

I got to meet new people like Haritha Mogilisetti, who has a local organization devoted protecting cows called Goshala. She was full of life and brought her own crew to put on a demo on Indian fried rice and chana masala (two of my favorite Indian dishes). 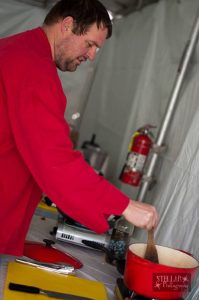 I spent a large amount of time with Chef Jason Wyrick of The Vegan Taste. Chef Jason is quiet and unassuming. He definitely loves spicy food, and I found it a little hot for even my seasoned taste buds. He presented tacos on Saturday and tortas on Sunday. What a treat. The back of the tent tables were covered with little slider buns for the sampling of the tortas demo on Sunday. So much fun to put those together. I may not work in the industry anymore, but I still love plating up food for hungry people.

I love that the Phoenix Valley was finally able to host a vegetarian festival and I look forward to participating in future festivals. I want to thank Nira and Sarah and the volunteers for all their hard work. And even if you aren’t a veghead this is a great event as an introduction. And Phoenix doesn’t have snow on the ground in January.

Some of the photos provided are by Denise Elfenbein of Stellar Photography and Dining with Denise. 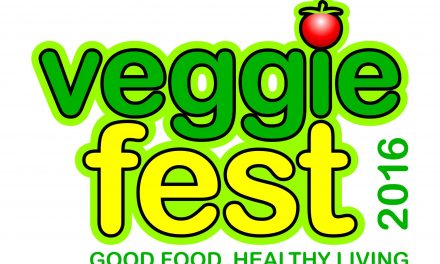 Food and Fun at the Vegan Street Fair 2016 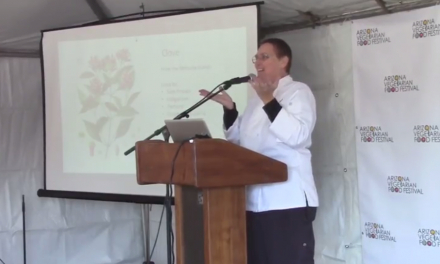 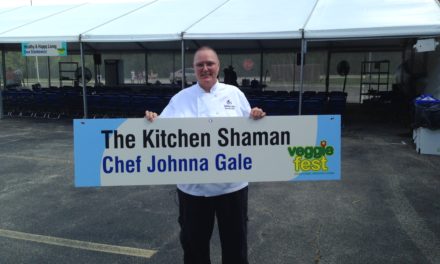