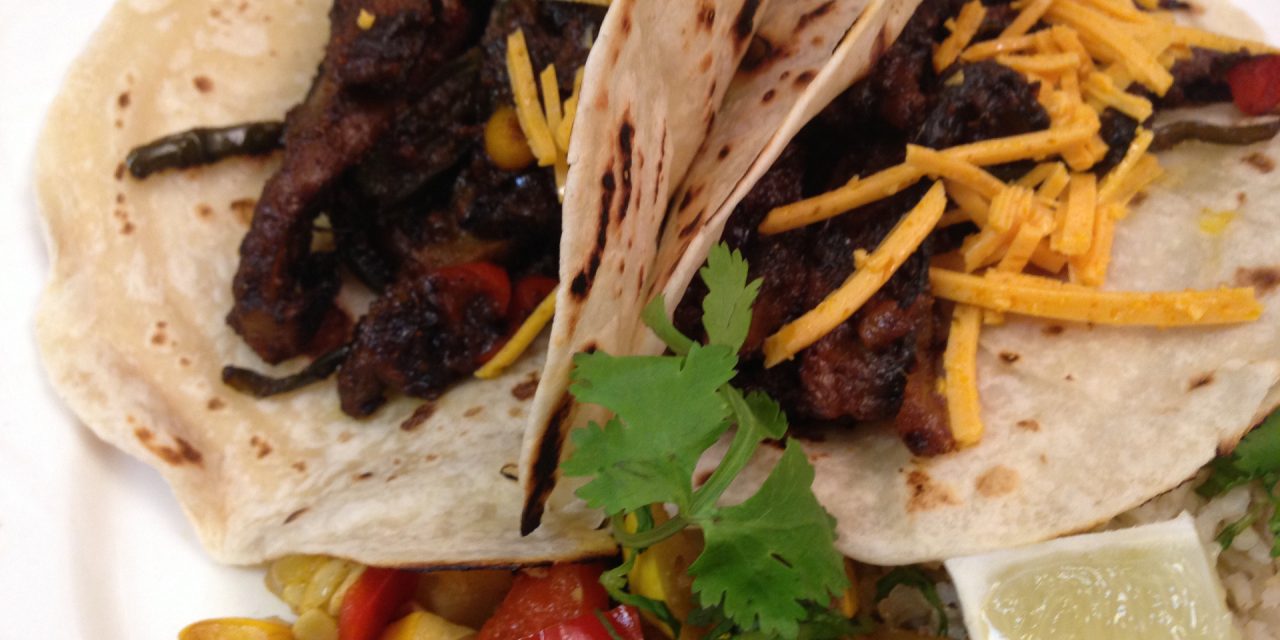 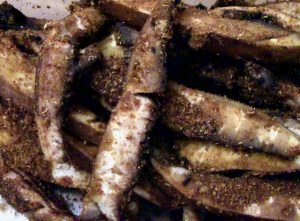 Fajitas are a seasoned Tex-Mex dish that has its origins in in the Rio Grande Valley of Texas, in the heart of vaquero (cowboys) country. Fajitas were popularized by the early 1990’s, due mostly to fast food companies catching on to the cost effectiveness of the dish. Restaurants in the Southwest region seized on the opportunity to make a dish that 1) did not cost a lot of money to make and 2) had a large audience appeal. It can be a great show to bring a sizzling hot platter out to a table, wowing the diners anticipating their meal. This method was an invention of a Hyatt Regency Chef, George Weidmann, back in the early 1980’s.

What really makes a “fajita” or arracheras? The name actually reflects the part of the animal it comes from, “skirt” or “band.” Since we focus on plant-based foods, I’ve explored other options to make this dish. Almost any protein can become a “fajita,” whether it’s lentils or mushrooms.

The seasonings of fajitas are similar across the board and usually include chili powder, garlic, coriander, cumin, and Mexican oregano. They are traditionally grilled, not baked or broiled. This is the vaquero or cowboy tradition, to be cooked over an open fire.

I prefer to make vegan fajitas using mushrooms because they cook pretty fast and, because of their sponginess, they absorb the flavor of the spices quickly. Prepared this way, they also can be used as taco or burrito filling. When diced small, they are a perfect candidate for a tapas party.

Whatever you call them, keep these on hand for both the health and flavor factors, especially during the height of mushroom season. 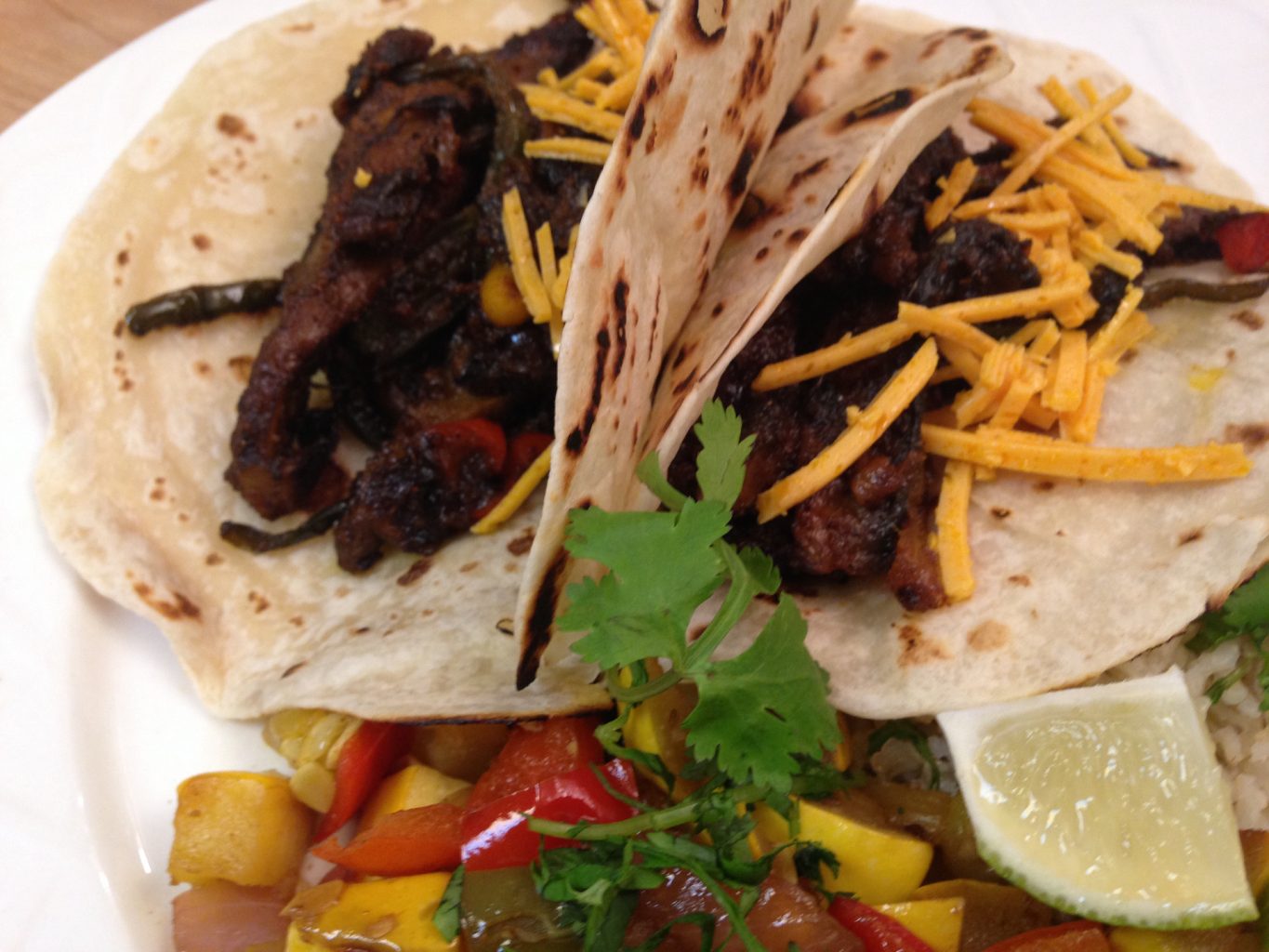 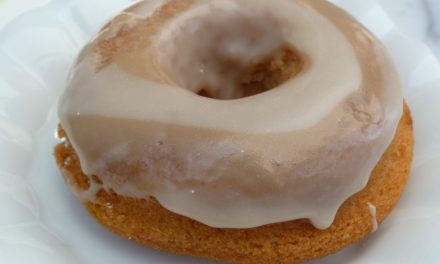 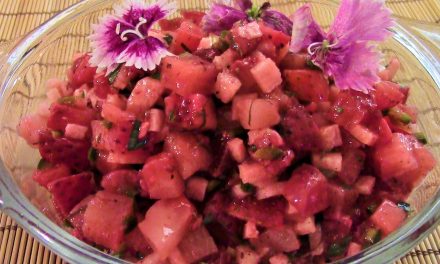 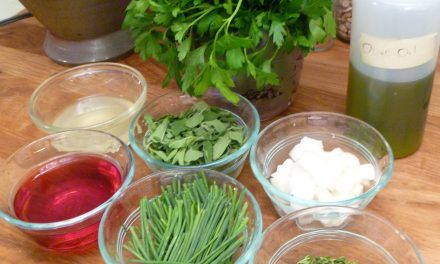