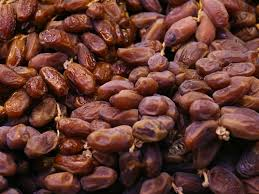 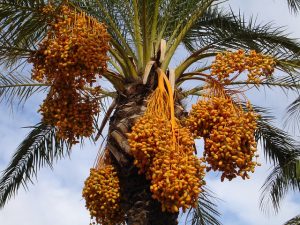 What’s not to like about the sweet, soft, scrunchy taste of a date? If for some reason you don’t like them in their pure state, they can be pureed, chopped, wrapped, stuffed, and otherwise transformed into enjoyable foodie fare. Plus they pack a nutritional punch, much better than eating sugar. And I just learned that jaggery, the sugar block that comes from India, is made from date palm sap.

Now that we agree about their awesomeness, let’s dig into the history of dates. Where they come from and how long we’ve been consuming them. 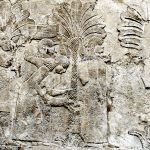 Dates hail from the spot where the human population exploded after the world woke up from the deep freeze called the Ice Age. Traces of consumption of dates are found in regions of Persia, northern Africa (Arabia), and Indus. Figs and apples, food of the ancient Greeks and Romans, also hail from this region.

The oldest evidence of humans eating dates is from Neolithic camps dating back 7,000 years. That’s quite a few millennia. The Date Palm tree was a sacred tree to the Ancient Babylonians, Sumerians, and Egyptians. Surviving art indicates the prominence of dates in everyday life of the ancient world. Before cane sugar was discovered, honey and dates were used to sweeten food.

There are some recipes in the ancient Roman text Apicus that calls for stuffing dates with nutmeat made from walnuts and pine nuts. The recipe states to fill half the date with pine nuts, the other half with walnuts and stick them back together. Lightly salt the date, then cook it in honey for a few minutes and serve. Since I don’t use honey, I believe that agave nectar may be suitable for this purpose.

Dates have to go through a ripening to be edible. Unprocessed they are hard and bitter. One variety, the barhee, can be eaten without a long term (khalal stage) ripening process. This is one out several hundred. There are so many varieties of dates, I won’t try to list them all here. You can head over to the Wikipedia page to read at your leisure.

The most common dates in the United States are medjool dates, the sweeter, moist version, and the deglet noor, which is dryer and better for stuffing. I live in Arizona where the weather is perfect for growing dates. There are palm date farms and several local companies vend at the farmers markets. I prefer medjool dates when making crusts and bars.

Nutritionally, dates pack a wallop, which is why they hold such a revered place in diets both ancient and modern. They contain a good amount of fiber, minerals like manganese, magnesium, potassium and vitamin B6. It is said that “there are as many culinary and pharmaceutical uses for Dates as there are days of the year.” (from Cambridge World History of Food, Kenneth F. Kiple and Kriemhild Conee Ornelas, Volume Two, [Cambridge University Press:Cambridge] 2000 (p. 1767-8)

Currently dates are used as an alternative to white refined sugar. They are popular in the raw food movement as a sweetener because they provide energy without adding too many calories or fat. There are literally thousands of recipes including dates, date sugar, and date syrup. I’ve been experimenting with my own version of energy bars made out of dates, oats, almonds and pumpkin seeds.

Whether you stuff them, puree them, or just eat them right out of the package, adding dates into your diet can help promote health and can help you kick the refined sugar habit. 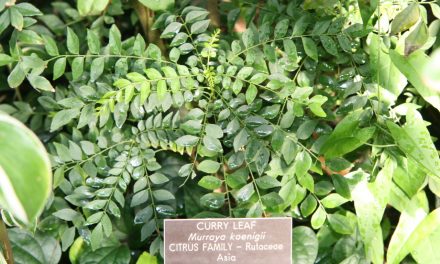