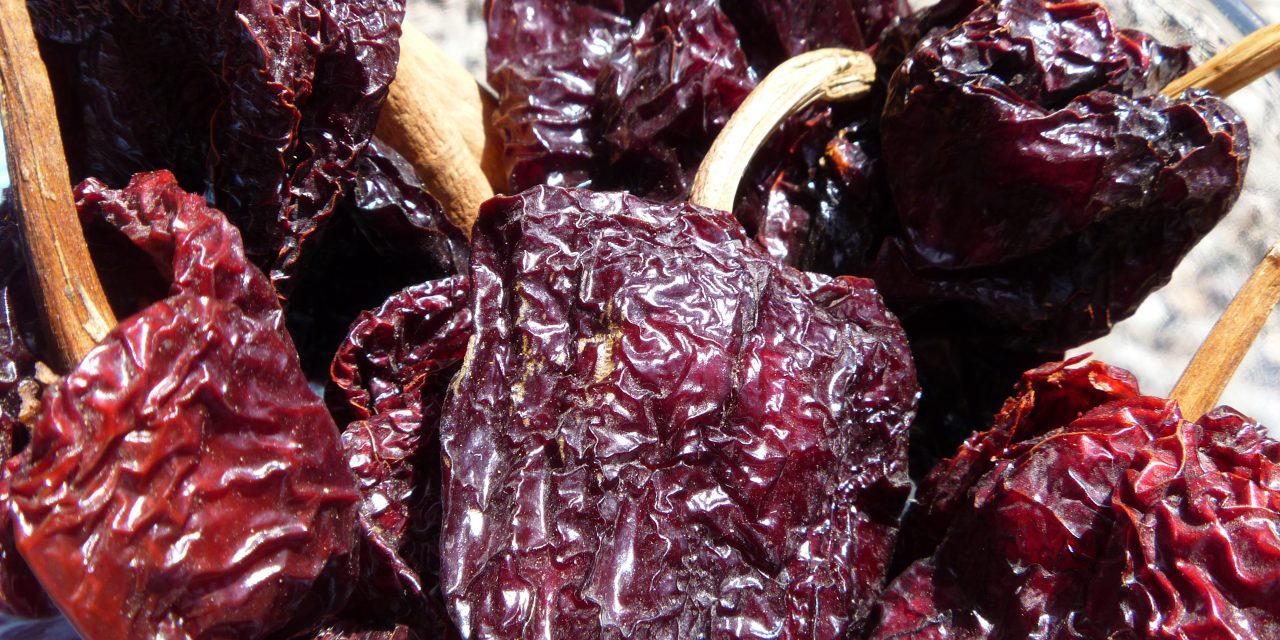 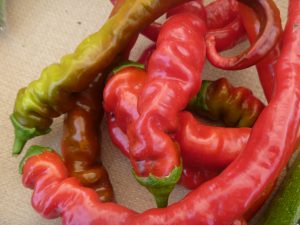 One of the main ingredients I cook with is chili peppers. Jalapenos, Serranos, Anaheims, New Mexico Reds, Poblanos, Pasillas, Cayenne, all these chilis and more have a home in my kitchen.

There are approximately 25-30 kinds of chili peppers, and in that family there are multiple varieties. Chilis give flavor to dishes, and some great health benefits as well. A hot chili pepper has more vitamin C in it than an orange.

One of the problems in identifying different kinds of chili peppers is that there are different regional names for the same chili. Pasilla and Poblano chilis get mixed up more frequently than others. A Pasilla is long, with wrinkles on the top end, and a tapered tail, like the Anaheim. A Poblano is fat like a sweet green pepper, with dark green flesh and a pointed end. I once sent a friend on a hunt for a Poblano, and she came back almost in tears because she asked in three different grocery stores, and got three different answers, so came home with nothing. I learned, if I want chilis, shop for them myself.

When naming a chili in a recipe, I will try to give more than one name for it, because it could be called something completely different in your area of the world.

I can expound upon the virtue of the chili all day. Jalapenos make up part of the mirapoix I use in my dishes. There is a depth and essence that chilis bring out when combined with other food that elevates the humblest of soups to greatness. Chilies can be roasted, baked, fried, stuffed, sauteed, caramelized, pureed, dried and crushed. They play well with all sorts of other food stuffs and make great sauces and soup bases. When caramelized, chilies impart a rich, smoky flavor to any dish.

When smoked, a jalapeno becomes a chipotle. When put into a sauce called Adobo, it is sold in a can in the Supermarkets. Years ago, I found a recipe for the Adobo sauce in a cookbook called The Border Cookbook : Authentic Home Cooking of the American Southwest and Northern Mexico (Non)

Eventually I learned how to smoke my own chilies.

Chipotle, or the Smoked Jalapeno is expensive when found in the produce section of the grocery store. I believe it was $12.99 per pound the last time I was in a store. Now, a smoked jalapeno does not weigh very much, but I can buy them for .99 cents/lb in season, and fire up the smoker and smoke them myself. With the cost of smoking chips, it probably runs $4.99 a pound. 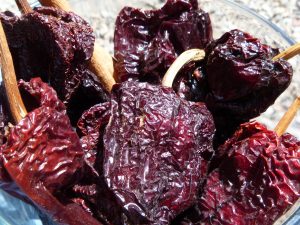 I am fortunate to live in the Southwest where we find chilies year round. The harvesting season is usually between late August and Mid-September. That’s when the Anaheims and New Mexico Reds have matured and are sold by the bushel, not by the pound. In Sante Fe, New Mexico, there are chili roasters on every major street corner. I couldn’t walk any where in that town without smelling roasting chilis. (Still one of my favorite smells of the year).

Chilies are used as garnishes at tables, and there is an entire cult of the chili motif. If you want to, you can buy just about any kind of table ware, decorations, wall paper and even furniture with a chili pepper design. There for a while it was a fad for chefs to wear pants that had chili peppers on them.

Whatever your plans for the chili pepper, I hope to be a guide for how to use them in cooking. Over the next few weeks, we’ll explore a few of my favorite chili recipes, and how chilis interact with other ingredients. Please, if you have questions or comments, I’d love to hear from you. 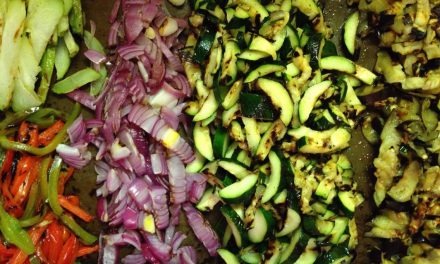 Questions and Answers about Vegans and Vegetarians 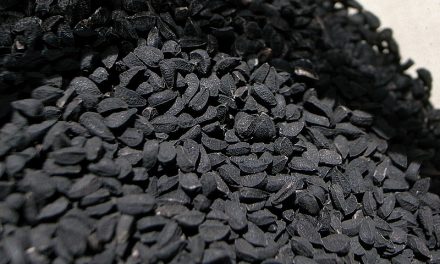 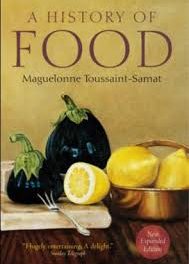 Current Reading: The History of Food