Pomegranates: Food of the Gods and Mere Mortals 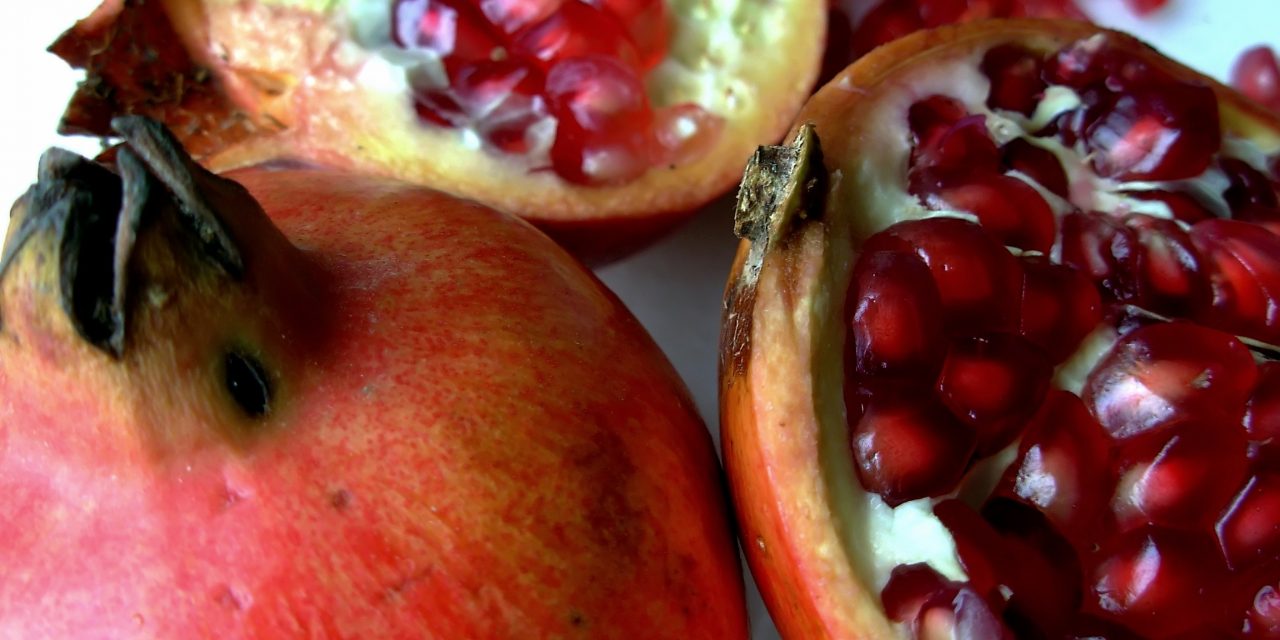 November is National Pomegranate month, so before the month ends, I wanted to write a little about the history and uses of this many-seeded, delectable fruit.

Growing up in Arizona, pomegranates were one of the joys of winter season. They were prolific here in the Southwest. My dad was a gardener and worked where there were many pomegranates. He would bring them home during season for us to eat. I loved cracking them open and just picking out the seeds one by one. Some people like to pop them out into a bowl. Not me. The challenge was how to get the seed out of the pocket with the juice intact.

Pomegranates were found buried with the dead in the tombs of ancient Egyptians. They were reported to decorate spears of warriors from ancient Persia. Pomegranates symbolize fertility and strength and are purported to be the “apple” from the Garden of Eden that Adam and Eve consumed (although there are several other fruits that lay the same claim).

One of the famous Greek myths tells of Persephone and Hades. After Hades abducts Persephone into the Underworld, the earth withers and dies. Hera goes to search for her daughter everywhere. Failing to find her, Hera convinces Zeus to persuade Hades to return Persephone to the world of the living. Persephone eats nothing while she sits on the Throne of the Dead until she hears the news of her release. She then consumes food, five or six pomegranate seeds, which condemns her to spend part of the year living in the Underworld because if a person consumes any food in the land of the dead, they must stay there forever. Thanks to Zeus, she gets to return to the land of the living for the other part of the year. This myth is the way the ancient Greeks explained the winter months: pomegranates.

There are many names for the pomegranate. Grenadine is the word used in Spain for the fruit and inspired the cocktail syrup of the same name. While grenadine syrup is no longer pure pomegranate (it is now made out of other citrus fruits and chemical stabilizers), the Spanish still use “grenadine” to refer to the fruit itself. Anardana is the name of the ground, dried up pomegranate seeds used in many regional India dishes. 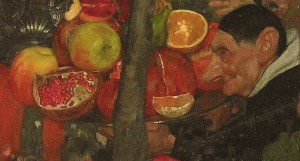 In the culinary world pomegranates are used in cuisines around the globe. The fruit originally came from Iran and Northern Turkey and you can still find actual pomegranate syrup used in many dishes throughout Turkey, Iran, and Pakistan. The fruit was seeded throughout the Middle East and the Mediterranean during ancient times and spread as far as China by 400-600 A.D.

The health benefits of pomegranate juice are still being studied. Since results are inconclusive, one company had to remove claims from its branding. There are still many benefits from the consumption of this tart yet sweet fruit. There are scrolls dating back to ancient Ayruveda medicine that uses the rind and bark of the pomegranate for many ailments of the stomach and bowels. The juice and seeds are used for heart and throat ailments. Studies are currently being conducted by modern medicine and it is thought that pomegranate juice can help lower cholesterol.

Pomegranates have taken over the modern culinary world, partly due to their “Super Food” status, partly because of its vibrant color. While I was still working I encountered both seeds and syrup being used in a variety of ways. The syrup was used on an asadero (flaming cheese) dish I had to prepare. The seeds were prolific as garnishes on plates. The brilliant and vibrant red of the seeds are a beautiful contrast to greens in salads or the whites and oranges of cheese. The seeds are a startling contrast on the white china typically used in restaurants. Pomegranate reductions are used for drawing lines on plates and can be made into a vinaigrette for salads.

Whatever the choices you make about pomegranates, it can’t hurt to incorporate this fruit into your diet. Whether the health benefits are true or not, this fruit bursts with flavor and adds pizazz to your daily cooking.

Here’s an entertaining video that shows how to open a pomegranate fruit:

Whats In a Bowl: A Brief History of Rice 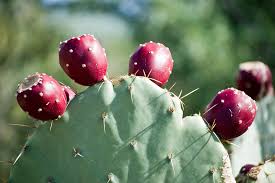 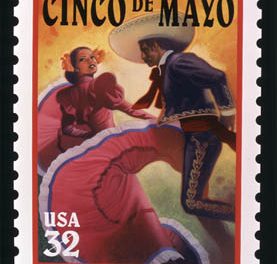 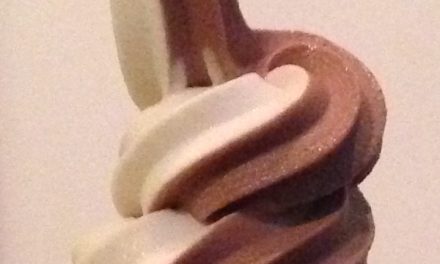