Sometimes, All You Need is Comfort Food 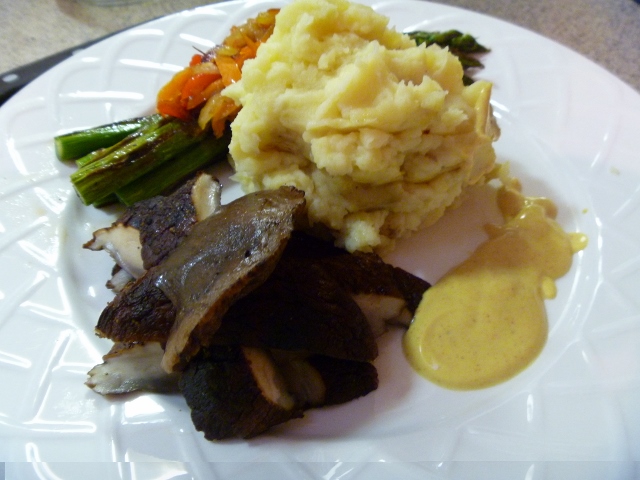 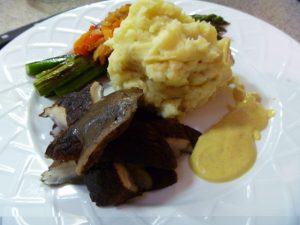 I haven’t been cooking much at home, which is why there haven’t been many recipes posted on this blog. I have been taking lots of photographs of different food. Food that I’ve cooked, and just random shots of produce. I’ve been posting those pictures over at Facebook.

But the other day I was off work and we were shopping. As we were discussing dinner options I spied big, fat, scrumptious looking portobella mushrooms. Then, the mini sweet peppers leaped out at me. After consulting the partner, we decided on a dinner with roasted portobella mushrooms and asparagus, mashed potatoes, and caramelized sweet peppers and onions. A meal that contains comfort food at it’s finest.

I’m getting in the habit of taking photographs, so I was able to document this plate. A few of the production pictures were off, mainly the mashed potatoes. That upset me. I really wanted to show them off.

Serve with Caramelized Peppers & Onions (recipe follows), and Vegan Whipped Potatoes. Make a little sauce for the mushrooms. I made Magic Sauce, but you could make a mushroom gravy. This might possibly achieve “Umami,” or, the Fifth Flavor for this meal. Of course, I thought about this after I finished the meal, took the photographs, and delivered the plate to the very hungry Partner, who has to sit there and smell all the good things I’m cooking, waiting patiently for the food to get onto the table. (I am blessed with having someone in my life who doesn’t constantly come into the kitchen, sneaking bites). 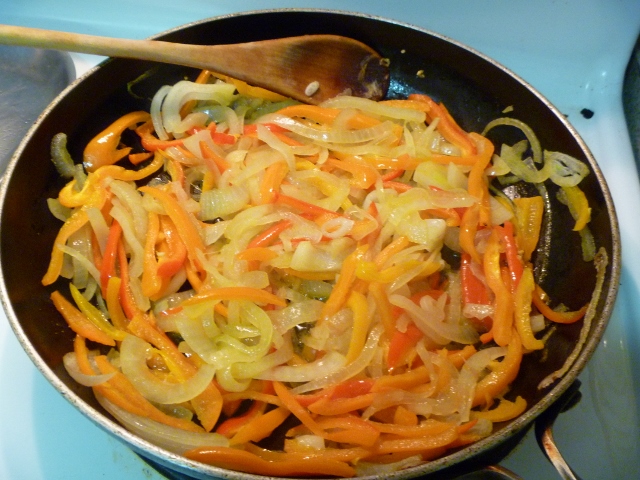 Recipe for caramelized peppers and onions that can top everything from veggie burgers to portobella mushroom steaks.
Write a review
Save Recipe
Print
Ingredients
Instructions
By Kitchen Shaman
Kitchen Shaman http://www.kitchenshaman.com/ 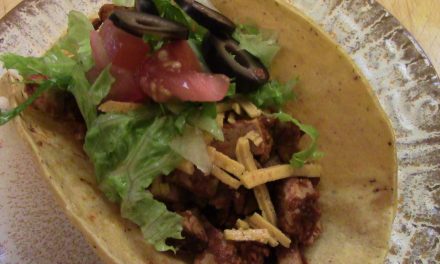 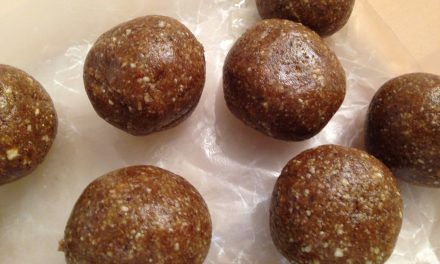 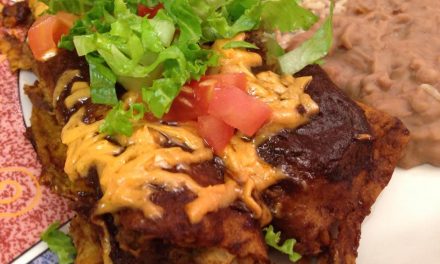 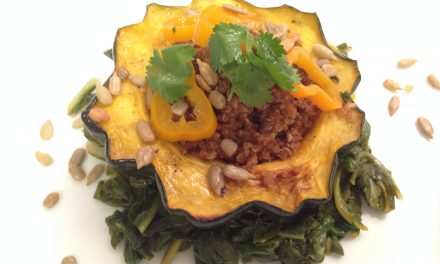