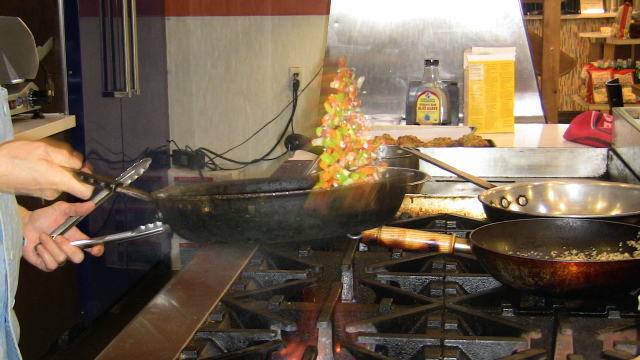 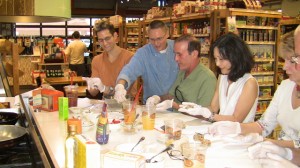 I had the greatest time with this class. There were five attendees, four in a birthday party, and a fellow who wants to learn how to cook. Everyone was in a good mood, and were surprised that they were going to get to eat. They thought they had come just to watch. The food was a success based on the attendee’s immediate reactions. And I was able to pass on some invaluable knowledge and skills.

Of course I always scare the class attendees with the fire and heat, and here’s why, that’s where the skill comes in. 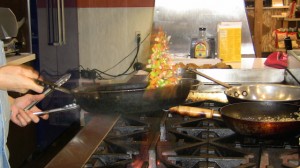 The Pro in Action

The menu for the class was simple, but tasty:

The food was 100% Gluten free. Not really intentional, but that’s what happens when one cooks with quinoa.

I encouraged attendees to help shape the quinoa cakes. They kept comparing the cakes they made with their friends, “Yours is better than mine.” And of course, I went around and showed each of them how to shape the quinoa into the little delicious cakes that you then fry in oil to get crispy. 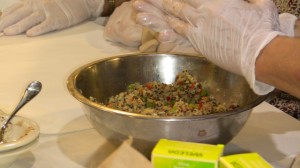 The Class is helping.

The biggest hit of the night were the Quinoa Muffins.

These little gems are made with quinoa flour, quinoa flakes, bananas, and a little bit of agave syrup. The personal touch I added to the recipe were the fresh, ripe peaches. Stupendous. 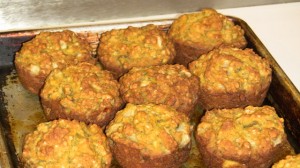 These were all the rage

Next month I’m teaching all about chilis, including sauces and salsas. I hope that class is just as fun. 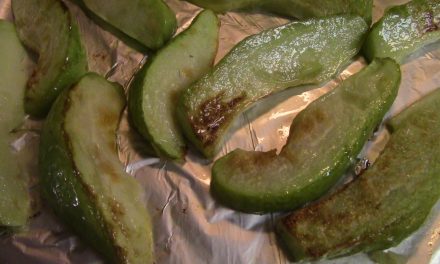 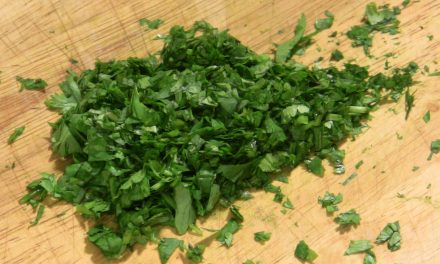 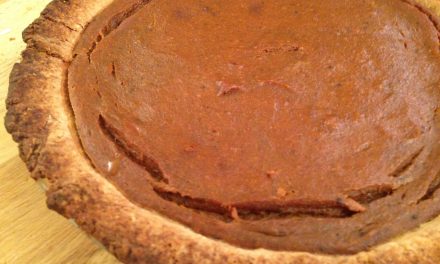 P is for Pie: Pumpkin Pie