Tofu Scramble Breakfast Stack: This just might be a thing 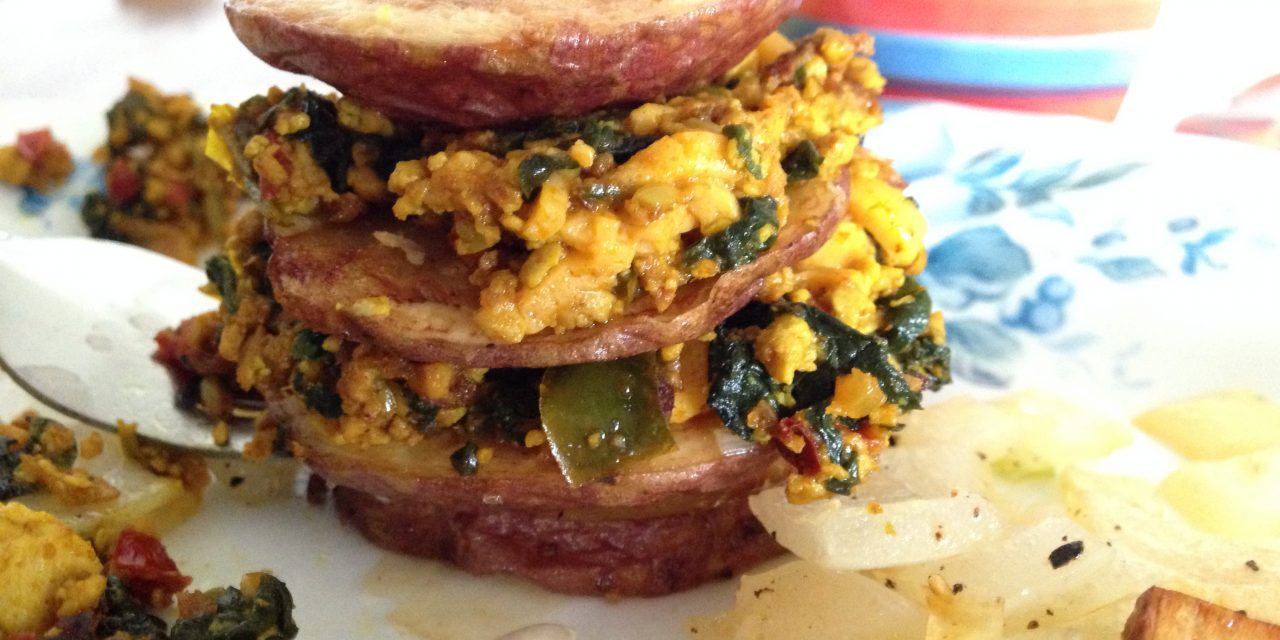 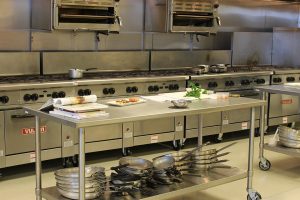 Some days I’m just lazy. I want to to cook fast and easy. I keep a mix of seasonings and herbs around just for this reason. Other times I’m inventive and coax amazing flavors out of the food I’m cooking. There are those times when I’m really just trying to make the plate look pretty like I was taught. Not easy when there are hungry stomachs who just want dinner!

So the other day I got up and made tofu scramble. Pretty easy. A little chopping, then sauting, add some seasoning, add the tofu and turmeric, and there you go, scramble. Usually, I make breakfast potatoes too, with onions and peppers. I decided to make the round kind on this day. After everything was cooked, I made our plates and we sat down to eat. I was really enjoying this meal I created while staying in Kansas. So was the spouse. And then, for some unknown reason, I started putting a little of the scramble on the potato. Mind you there’s a little vegan cheese on there, so it’s a bit gooey. Then I stuck another potato on top of the scramble, then more scramble, then another potato. And took a bite.

It was like an explosion went off in my brain. Why didn’t I think of this before? Why in all the years that I’ve been making tofu scramble and potatoes did I not think of doing this?

Now, all I want to do is make more scramble and potatoes and make the stack, cover it with some vegan cheese on top and broil it in a toaster oven or a salamander (a broiler type piece of equipment we use in professional kitchens). This could be a THING! It could be a brunch thing. I don’t know, maybe the local vegan restaurant (or non) would want to put this on their menu. They should — it’s that good! The thing is, in all the years of hovering around the food blogging and photography world, I have not seen this exact kind of permutation of spuds and tofu. The closest I could find is from Cadry’s Kitchen, and it’s called a breakfast “nest” and made with hashbrowns, not whole potatoes.

So today I present to you the Kitchen Shaman’s Tofu Scramble Breakfast Potato Stack. I didn’t have a hard time naming this, it sort of named itself. Enjoy this with friends, with family, or just by yourself as a super secret indulgence. 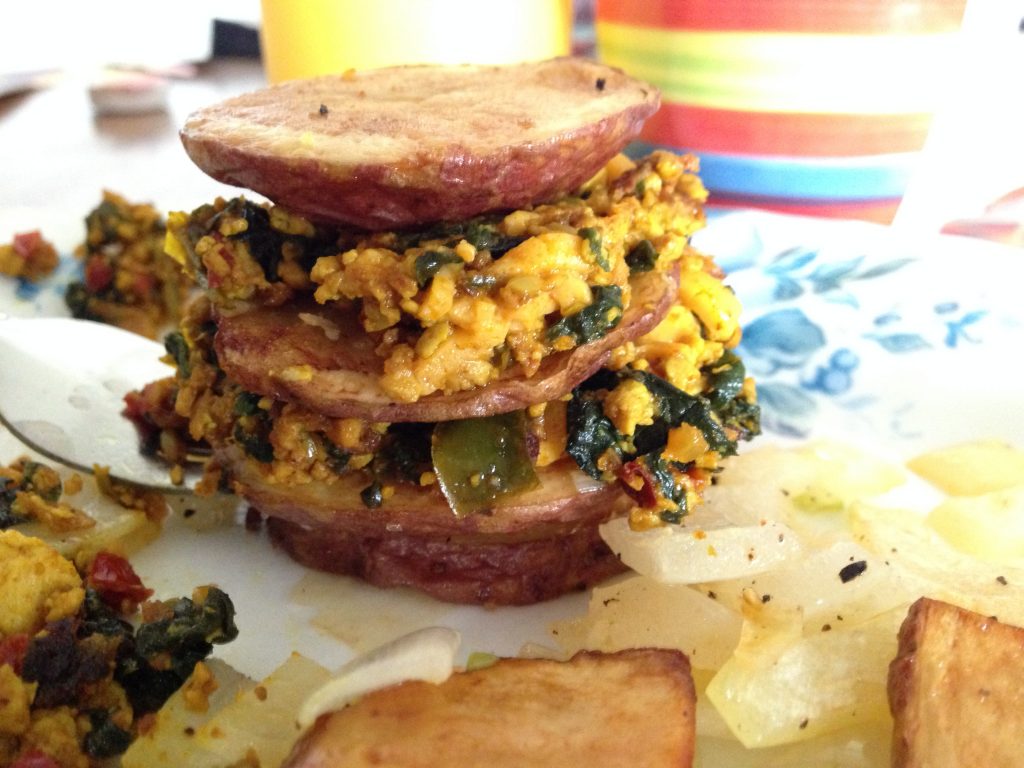 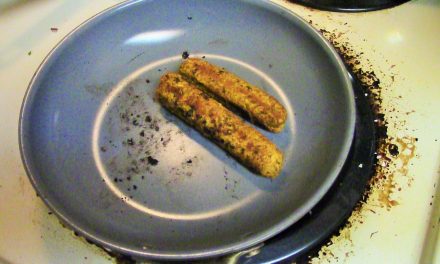 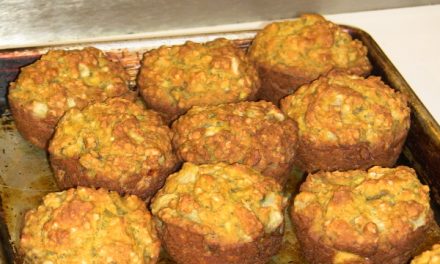 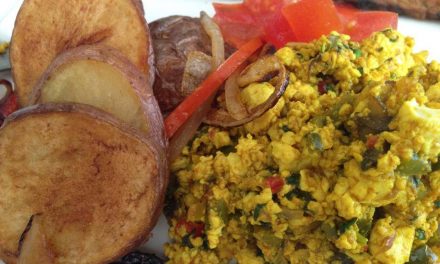